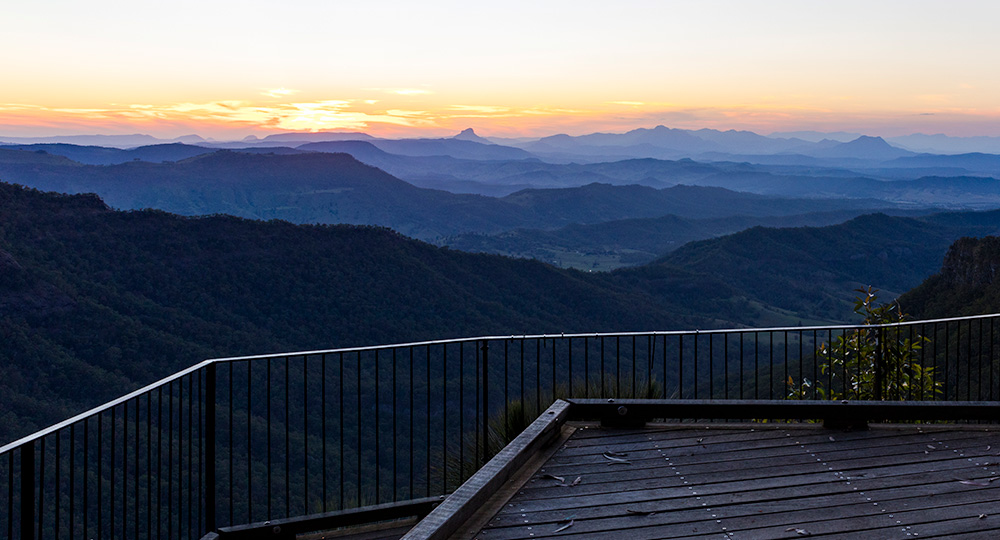 Taking in a spectacular sunset at Moonlight Crag

There are all types of proposals: the quiet ‘will you marry me’ over dinner kind or the mini productions that often end up recorded on You Tube. There are those proposals that occur while on holidays and the kind that happen at home surrounded by loved ones and friends.

Then there are marriage proposals that go above and beyond…literally!

Meet James and Monica. James surprised his bride-to-be by flying her to O’Reilly’s Rainforest Retreat on Lamington National Park by helicopter and proposing to her on the top of Moonlight Crag with a specially prepared hamper full of Monica’s favourite things (including loads of gherkins!).

O’Reilly’s staff were in on the ruse and organised transport, the gourmet picnic hamper and a photographer to capture the special occasion for the soon to be married couple.

James and Monica soaked in sunset views of the Western MacPherson Ranges from a cliff top deck as they sampled their basket of goodies and celebrated their adventure-filled proposal with a bottle of bubbles.

O’Reilly’s really is spoilt for choice when it comes to dramatic out-of-this world scenery and creating memories that defy the test of time.

Check out Morans Falls and Python Rock for other scenic wonders found at O’Reilly’s Rainforest Retreat and picture popping the question with the very best of nature’s own as your stunning backdrop.

Read more about James and Monica ‘high flying’ Proposal at O’Reilly’s below. 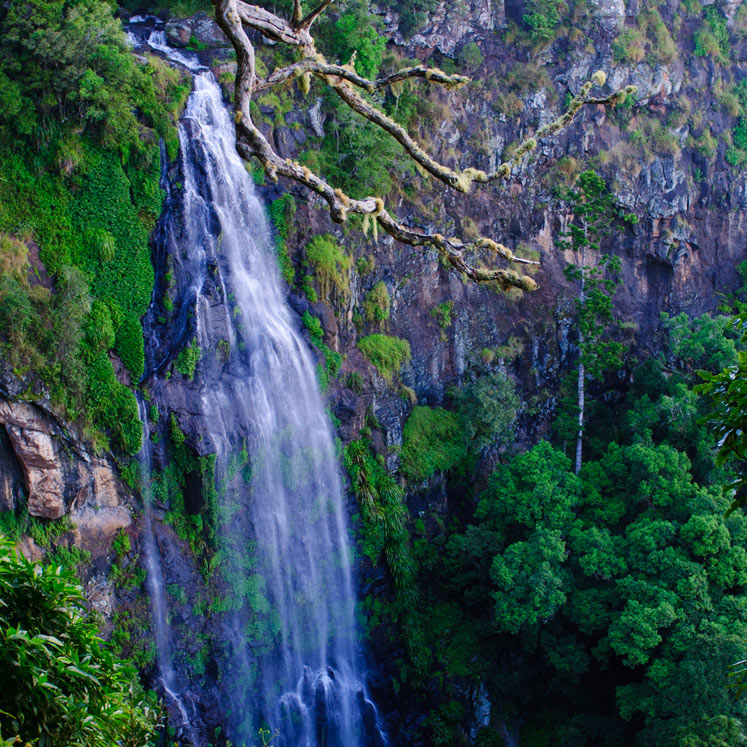 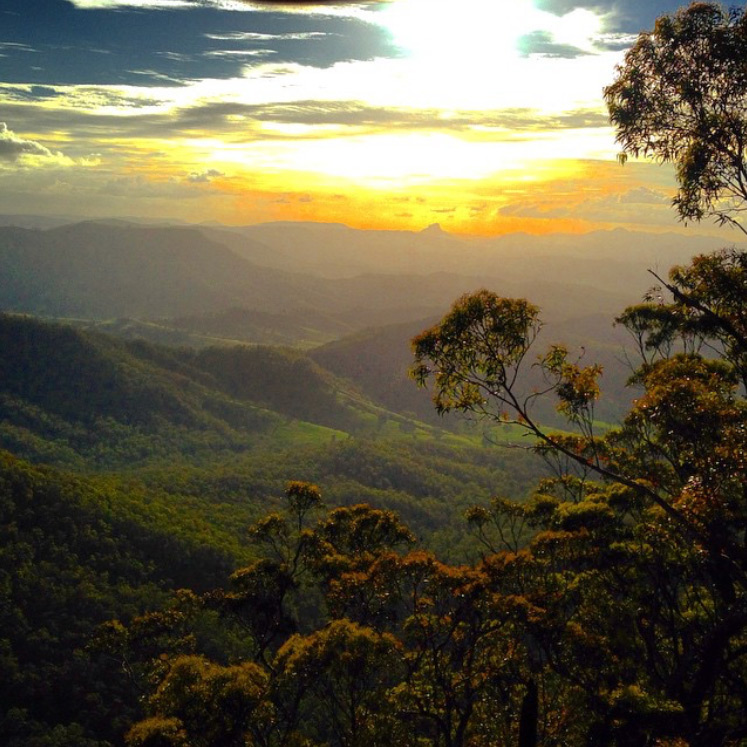 Dr James Sgroi proposed to Monica Sunwoo in style – flying to O’Reilly’s by helicopter and surprising his bride-to-be with a moonlit picnic and sunset views of the Western MacPherson Ranges. 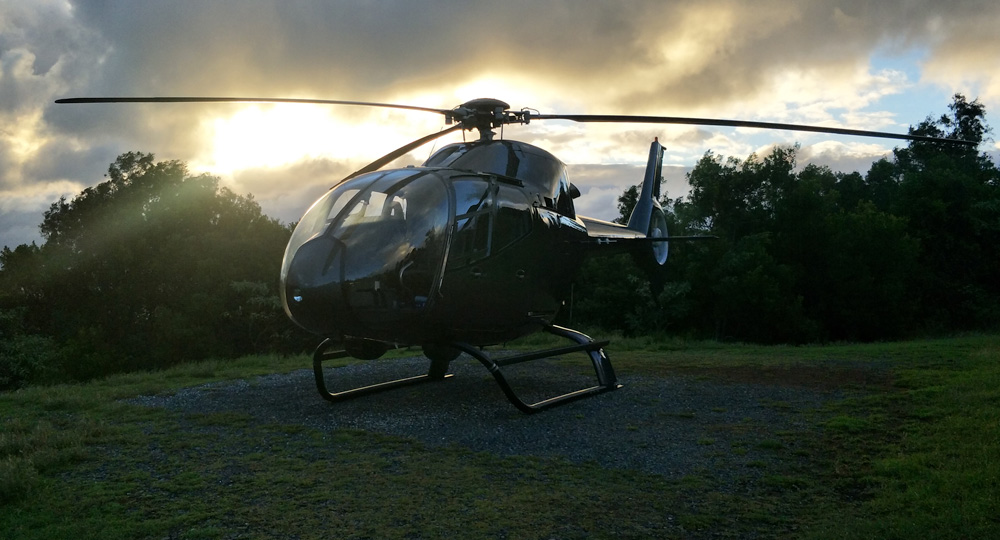 Monica and James arrived at O’Reilly’s in style via helicopter.

The surprise proposal was cleverly captured on camera as Monica was under the impression James had won the helicopter experience and thought nothing of his offer to invite a group of tourists (AKA O’Reilly’s staff) to share their vehicle and short road trip to Moonlight Crag.

The group, including a photographer were, of course, well briefed on the proposal and had prepared a romantic setting complete with gourmet picnic prepared by an O’Reilly’s chef with Monica’s favourite food (namely pickles!).

When Monica arrived at Moonlight Crag she was blown away by the view and was even worried that they had spoilt someone else’s moment when she saw the romantic set up.

At this point James turned to her and asked the question!

Just at that moment the sunlight broke through the clouds on an otherwise overcast day – James said the whole day was made even more perfect by that lucky break in the weather – and Monica said YES!

(And Monica was impressed by the selection of pickles!) 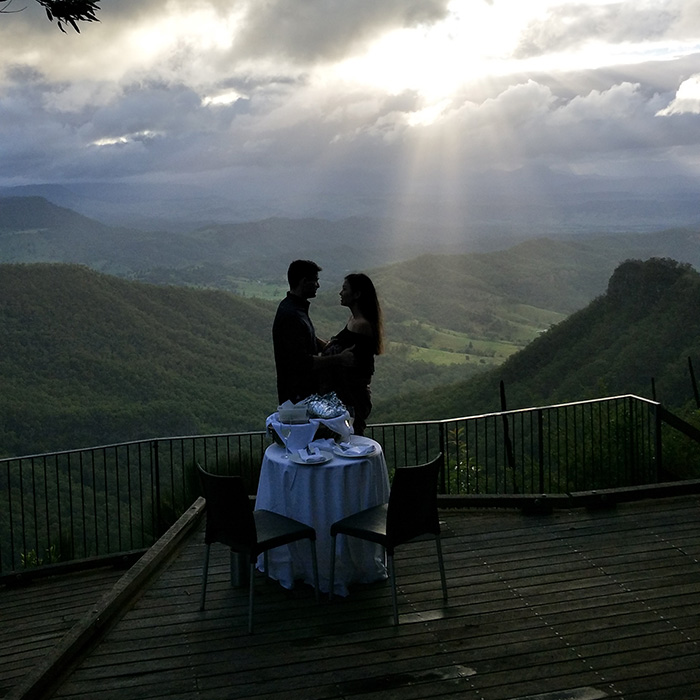 The Proposal at Moonlight Crag

Weddings at O’Reilly’s Rainforest Retreat and Canungra Valley Vineyards are simply unforgettable – with several unique and spectacular locations that have arguably some of the best views in the world.  Click on the banner below to find out more about upcoming Wedding Open Day – held at our Vineyards on Aug 26 from 10am – 2pm.